The Basics of Thermal Imaging During a Home Inspection 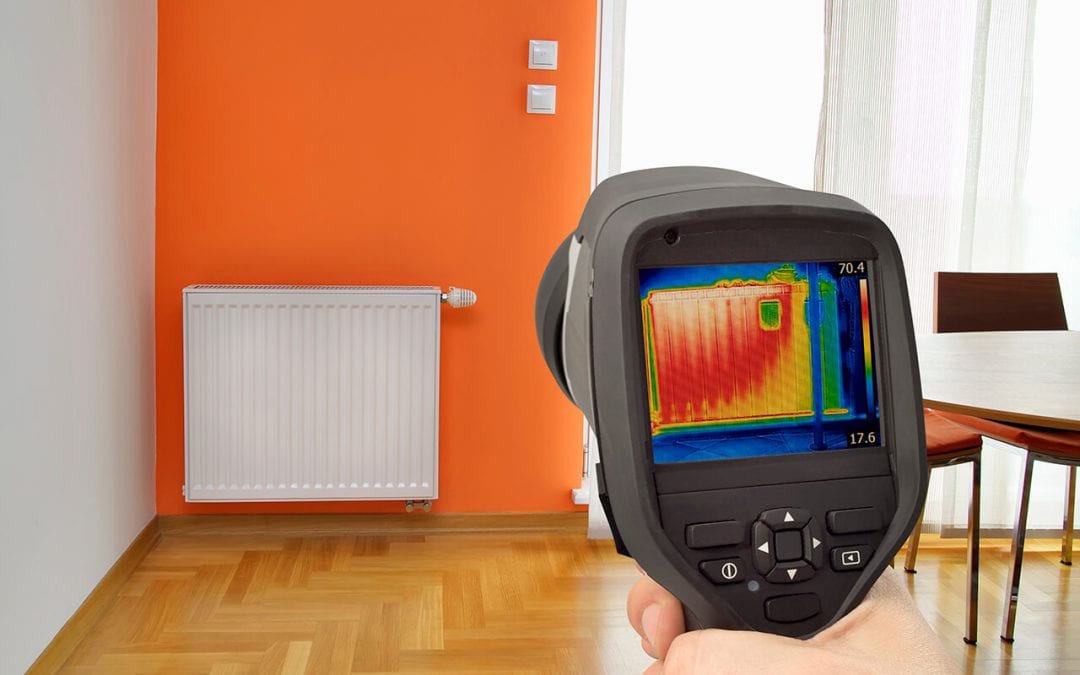 Using thermal imaging during a home inspection gives property owners an accurate idea of energy losses within the home. Homeowners are then better able to see where money-saving corrections can be made. The inspection may also bring to light potential dangers beyond what the human eye can see.

The Process Behind Thermal Imaging During a Home Inspection

Property inspectors use a thermal imaging camera during the home inspection. The handheld device displays images in an array of colors. As the inspector scans various areas around the inside of the structure, images show in blue, green, yellow, orange and red. Yellow to red indicates warmth while areas showing blue or green are cooler in temperature.

Thermal imaging during a home inspection may scan a water stain on a wall or ceiling. The color displayed on the screen indicates whether the site has active moisture. Thermal imaging also has the ability to uncover leaks hidden behind drywall. The inspector then attempts to determine the underlying cause of the problem. If not corrected, moisture intrusion causes damage like structural rot, mold, and mildew.

Using a thermal imaging camera, inspectors can detect hotspots that may pose a fire hazard. They will often scan over electrical panels or outlets to check for overheating. Potential dangers display as orange, yellow, or white, which need attention and repair as soon as possible.

When walls or ceilings are scanned using thermal imaging during a home inspection, cool spots may be found indicating that air is coming in from or escaping to the outside. This means these areas of your home need more insulation.

Scans are also performed around doors and windows to check airtightness, showing the inspector where heating and cooling systems are working harder to maintain comfortable temperatures. By making the necessary corrections, homeowners can save themselves hundreds of dollars annually in energy costs.

Before the inspector arrives, homeowners should take a few steps to make the inspection less time consuming and more accurate. Move furniture away from the walls. Take down drapes or curtains or move them away from window and door frames.

Thermal scans are also more accurate when the difference between interior and exterior temperatures are at least 20 degrees. For this reason, thermal imaging during home inspections is typically performed during the winter or summer. Another tip is making sure that the internal temperature is at the desired level for at least four hours before the scan.